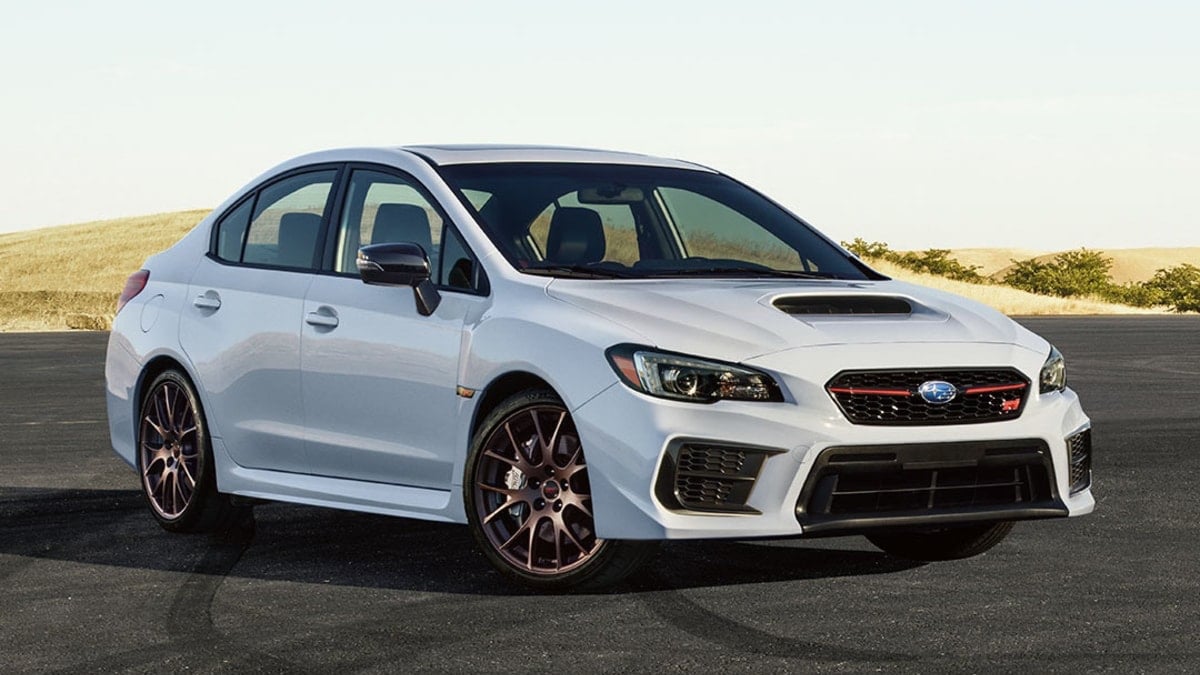 Subaru WRX Kanrai Edition
Subaru’s signature performance vehicle has gotten an even bigger dose of the rally-car inspiration that originally created it. Limited-edition models of the 2020 WRX and WRX STI Kanrai Edition was revealed at the L.A. auto show, with Subaru announcing that 500 of each will be built, slated to arrive at Subaru retailers early next year. At our Pfaff Subaru dealership in Guelph, ON, we have a massive selection of Subaru vehicles that are waiting for you to take out for a test drive and to park in your driveway on a permanent basis. However, along with the high-end Subaru vehicles that we sell, we are also in the business of providing the public with information about new Subaru vehicles coming down the pipeline. It is for this reason that we have put together a blog that shares some information about the all-new Subaru WRX Kanrai Edition
What to expect?
The WRX Kanrai Edition is promised to be more than an appearance package; Subaru is predicting it to be the highest-performance WRX sold in the U.S alone. It’s based on the WRX in Premium trim, with a turbocharged 2.0-liter flat-four engine that makes 268 horsepower and 258 lb-ft of torque plus Subaru’s Performance package, which includes Recaro seats and Brembo brakes with red calipers (four-piston front and two-piston rear). In addition, the special WRX gets a high-performance sport-tuned suspension with Bilstein dampers. Other add-ons include LED headlights and fog lights, matte black rear badging, and black folding exterior mirrors and side badges.
The WRX Kanrai Edition is an enhanced version of the top-end model, the WRX STI. It comes with the same turbocharged 2.5-liter boxer four, which makes 310 horsepower and 290 lb-ft of torque. In addition to the features that come on the standard WRX STI including active torque vectoring, the Kanrai Edition adds Michelin Pilot Sport Cup 2 tires, heavy-duty steering-rack mounts for better rigidity, and a Bilstein STI sport-tuned suspension. This WRX STI is also equipped with monoblock Brembo brake calipers and a tire repair kit instead of a spare to reduce weight. Cosmetic items include a special STI-badged mesh grille, STI badging, and Cherry Blossom Red accents on the exterior.
Would there be better cars to pick with a wide-open racetrack available to you? Sure, but the combination of that whining turbo pulling hard and Subaru’s sturdy and predictable six-speed makes for a playful escape from the lights without instantly throwing you into the license-losing territory. Come to the corners, meanwhile, and the sports suspension, with Bilstein dampers for the front inverted struts and rear double-wishbones, justifies its noticeable firmness.
In conclusion…
The Subaru WRX Kanrai Edition is a fresh and new performance experience for Subaru enthusiasts. If you are looking for more information about the Subaru WRX Kanrai Edition, we encourage you to get in touch with a Pfaff Subaru representative. Additionally, with that, click here to learn more about the Pfaff Difference.
Click here to find our contact information, schedule a test drive, or speak with a representative.